EUROSPED WITH NEW PARTNER FOR GROUP LINE TO IRAN

Due to the increased interest in the destination Iran, EUROSPED has attracted local forwarder Arsen Farabar Pars as a partner in its group line. In this way, Eurosped Group increases the quality of its service and its customers can benefit from fast and secure deliveries of their shipments not only to Tehran, but also throughout the country.

Arsen Farabar pars has offices in Tehran and Bazargan and was selected because of its market experience, its flexibility in servicing consignments, and its team of young professionals.The group line will operate every Wednesday. The trucks will depart from a warehouse in Sofia at 5.00 pm. Requests are accepted up to 4 days before the departure date. The goods will be delivered to Tehran Shahriar Terminal within 7-8 days. In order to assist its customers, the team of Eurosped Group has developed preferential conditions for the supply of pallets with standard as well as non-standard goods to Iran, with additional discounts being provided for larger quantities.

The groupage line to Iran – Tehran enjoys great popularity with the clients of the company from Bulgaria and Europe. With this service, Eurosped Group consolidates its position as a leading freight forwarder and logistics provider to destinations in the Middle East and countries of the former Soviet Union. Iran is also a preferred access point for many Asian countries.

Most often, deliveries are to cities:

Iran is one of the 10 largest economies in the world with a population of over 75 million people, it is the 17th largest in the world by territory. The economy is developing very dynamically (mainly because of the huge oil reserves).

Request your shipments to Iran: 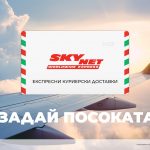 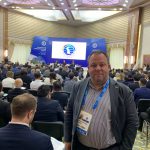